When I first began casting vision for planting churches people made the following kinds of statements:

A. 'We already have plenty of churches that have lots and lots of room for all the new people who have come to the area. Let's get them filled before we go off building any new ones."

B. 'Every church in this community used to be more full than it is now. The churchgoing public is a 'shrinking pie'. A new church here will just take people from churches already hurting and weaken everyone.'

C. 'Help the churches that are struggling first. A new church doesn't help the ones we have that are just keeping their nose above water. We need better churches, not more churches.'

These statements appear to be 'common sense' to many people, but they rest on several wrong assumptions. The error of this thinking will become clear if we ask 'Why is church planting so crucially important?'

The vigorous, continual planting of new congregations is the single most crucial strategy for 1) the numerical growth of the Body of Christ in any city, and 2) the continual corporate renewal and revival of the existing churches in a city. Nothing else--not crusades, outreach programs, para-church ministries, growing mega-churches, congregational consulting, nor church renewal processes--will have the consistent impact of dynamic, extensive church planting. This is an eyebrow raising statement. But to those who have done any study at all, it is not even controversial.

Now we could base our motivation for planting churches on Keller’s statement alone because there is a great deal of research and truth behind it, but we want to be a church that first seeks the Scriptures for answers. Folks, we live in an age where church leaders are rarely going to the Scriptures for direction, if at all. They turn to other pastors, the culture, and the corporate realm for information. Is this to say that there isn’t any good information floating around out there? No, but we are a church and a church is supposed to get its marching orders from the Word of God, especially when it comes to church planting!

1. There is a BIBLICAL MANDATE to plant churches and we need to be true to it.

A. Jesus' called for churches to be planted.

Virtually all the great evangelistic challenges of the New Testament are basically calls to plant churches, not simply to share the faith. The 'Great Commission' (Matt.28:18-20) is not just a call to 'make disciples' but to 'baptize'. In Acts and elsewhere, it is clear that baptism means incorporation into a worshipping community with accountability and boundaries (Acts 2:41-47). The only way to be truly sure you are increasing the number of Christians in a town is to increase the number of churches. Why? Much traditional evangelism aims to get a ‘decision’ for Christ. Experience, however, shows us that many of these 'decisions' disappear and never result in changed lives.

Many, many decisions are not really conversions, but often only the beginning of a journey of seeking God. (Other decisions are very definitely the moment of a 'new birth', but this differs from person to person.) Only a person who is being 'evangelized' in the context of an on-going worshipping and shepherding community can be sure of finally coming home into vital, saving faith. This is why a leading church planting expert like C. Peter Wagner can say, "Planting new churches is the most effective evangelistic methodology known under heaven."

B. Paul's whole strategy was to plant urban churches.

The greatest missionary in history, the Apostle Paul, had a rather simple, two-fold strategy. First, he went into the largest city of the region (Acts 16:9, 12), and second, he planted churches in each city (Titus 1:5-"appoint elders in every town"). Once Paul had done that, he could say that he had 'fully preached' the gospel in a region and that he had 'no more work' to do there (Romans 15:19, 23). This means Paul had two controlling assumptions:

The way to most permanently influence a country was through its chief cities.

The way to most permanently influence a city was to plant churches in it. Once he had accomplished this in a city, he moved on. He knew that the rest that needed to happen would follow.

In response to these facts some might say, “That was in the beginning, the first century. Our country is filled with churches. Why is church planting important now?"

In response I’d say, we also plant churches because…

2. We want to be true to THE GREAT COMMISSION.

You must know this. Jesus’ call in Matthew 28:18-20 was not for the apostles to go to the ends of the earth to get people to pray the “Prayer of Salvation”. That was Charles Finney’s goal. Finney was a 19th century revivalist who invented the alter call and taught that people could achieve sinless perfection in life. Finney was a false teacher to say the least.

18“All authority in heaven and on earth has been given to me.

I’m the boss, what I say goes!

19Go therefore and make disciples of all nations,

Make followers and students of Jesus Christ through preaching the gospel.

19baptizing them inthe name of the Father and of the Son and of the Holy Spirit,

Teach them to obey the sacraments and immerse them into the body of Christian fellowship and community (That’s the broader meaning of baptism in Acts 2:41-47 and other places).

20teaching them to observe all that I have commanded you.

Train them in all righteousness and godliness according to the Scriptures (Gospel centered preaching and discipleship).

Friends, it takes churches to fulfill these serious commands. Not mere authors, podcasts, TV preachers or pastors that are more concerned with the color of their carpet. It takes churches that are comprised of leaders and churchmen that are:

Biblically immersedDoctrinally soundGospel centeredWorshippers of God in Spirit and in TruthDevoted to the sacramentsDevoted to the fellowshipDevoted to church disciplineDesperate and resolved to see their lost townsmen come to know the Lord.& led by the Holy Spirit

Here are some additional facts about church planting.

Younger adults have always been disproportionately found in newer congregations. Long-established congregations develop traditions (such as time of worship, length of service, emotional responsiveness, sermon topics, leadership-style, emotional atmosphere, and thousands of other tiny customs and mores), which reflect the sensibilities of long-time leaders from the older generations who have the influence and money to control the church life. This does not reach younger generations.

New residents are almost always reached better by new congregations. In older congregations, it may require tenure of 10 years before you are allowed into places of leadership and influence, but in a new church, new residents tend to have equal power with long-time area residents.

New socio-cultural groups in a community are always reached better by new congregations. For example, if new white-collar commuters move into an area where the older residents were farmers, it is likely that a new church will be more receptive to the myriad of needs of the new residents, while the older churches will continue to be oriented to the original social group.

And new racial groups in a community are best reached by a new church that is intentionally multi-ethnic from the start. For example: if an all-Anglo neighborhood becomes 33% Hispanic, a new, deliberately bi-racial church will be far more likely to create 'cultural space' for newcomers than will an older church in town. Finally, brand new immigrant groups nearly always can only be reached by churches ministering in their own language. If we wait until a new group is assimilated into American culture enough to come to our church, we will wait for years without reaching out to them.

In summary, new congregations empower new people and they do it much more quickly and readily than older churches. Thus they always have and always will reach them with greater facility than long-established bodies. This means, of course, that church planting is not only for 'frontier regions' or 'pagan' countries that we are trying to see become Christian. Christian countries will have to maintain vigorous, extensive church planting simply to stay Christian!

Let’s talk about our own community for a moment.

According to the most recent census we have approximately 210,000 people in Modesto with about 70,000 households. 51% of those households are families with children under the age of 18. Young families are a great target demographic because there is a lot of them.

12,500 of these Protestants attend weekly services at the 5 largest churches in town which are Big Valley, Calvary Temple, Calvary Chapel, Cross Point, and Shelter Cove. The remaining 46,500 are a split up group with many attending the other 109 Protestant churches in town, with some probably going out of town, and some staying home or whatever. I suspect that between 30,000-35,000 are not attending any church what-so-ever. Let’s factor in the size of the average church to help draw out my point.

According to a recent poll, the average sized Protestant church in the US about is 80-100 people. If the majority of our local churches are roughly that size, and I believe they are, that means that our normal neighborhood Protestant churches all together can hold about 11,000 people weekly. You have to factor in multiple services and whatever but most average churches have only one service at 9:30 or 10am.

If you take 11,000 that are at the 109 Protestant churches and add them to the 12,500 that are attending the big 5, we end up with about 23,500 people in churches each weekend. This assumes that all the churches in town are pretty much packed out.

My very good friend, Jim Applegate, the planting and lead pastor of Redeemer Church, ran similar numbers several years ago and came to the same conclusion. He said, “If every church in Modesto were completely filled on any given Sunday, there’d be less than 25,000 people in church.”

60% of our own Protestant brothers and sisters in Christ may not be in church on Sundays. And over 150,000 Modestan’s do not claim any religion so I doubt that they’re in church either! Bottom line, we don’t have enough churches to gather the elect for worship and training and we don’t enough churches for reaching and discipling the lost. That’s a fact and our reality!

We’ve got biblical mandate to plant churches and that alone should be enough for the Christian because our authority and guide is the Holy Scriptures. I also believe that God has given us data and statistics to be a motivator to be obedient to what He’s called us to do.

Modesto was ranked the worst city to live in in the US in 2007.

Modesto is ranked #2 for auto-theft in the US. Fresno is now beating us.

Modesto is still known as the meth capitol of the world.

Modesto is currently ranked the 16th most dangerous city to live in in the state of California.

The statistics go on and on and on. We live in a dark place friend’s. But I believe with all my heart, passion and strength that our God wants to flood this place with His light and transformative power. He’s done it so many times in so many cities throughout history; Jerusalem, Geneva, Almolonga (Guatemala).

God wants to use people like us, regular folks; Galilean Fishermen, Fisher-ladies and Fisher-kids to plant churches so that we can bring the gospel to our neighbors and beyond.  The question we began with this morning was, “Why Plant Churches?” I think you know the answer to the question. 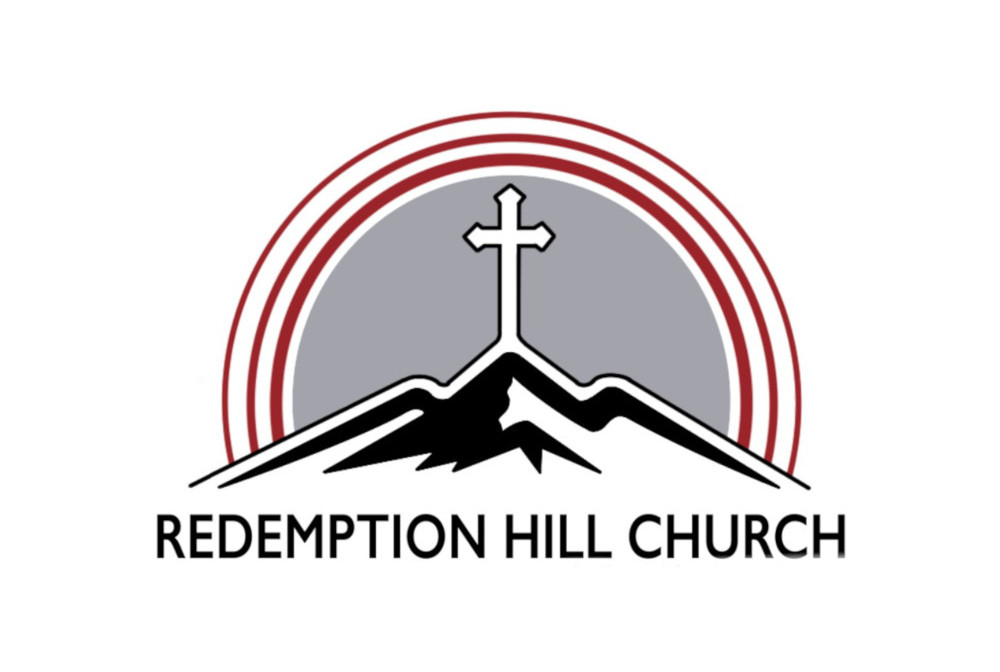 Contend for the Faith in the Midst of Apostate Times

Easter 2022 - The Conquering Assurance of the Resurrection